Enter your City name or Pincode

Arulmigu Atcheeswarar Temple is a well-admired Hindu temple, which is located at the sacred village of Acharapakkam. It is devoted to Lord Shiva and also famous as Sri Atcheeswarar Temple within the village. A number of devotees from the village and its surrounding places come to this temple and pay their devotion to Lord Shiva. The prayers are offered at this divine place with a faith that it provides victory in politics especially to those who are sincerely care to the welfare of the people. Sri Atcheeswarar Temple is praised in the hymns of Tirugnana Sambandar. It is the 29th temple in Thondai place praised in Thevaram hymns.

Arulmigu Atcheeswarar Temple is one of the top tourist attractions of Acharapakkam. Located at the Kancheepuram district of Tamil Nadu, this village is largely famous for this temple that has the historical legacy of more than 1000 years. It is also one of the Devaram Temples. 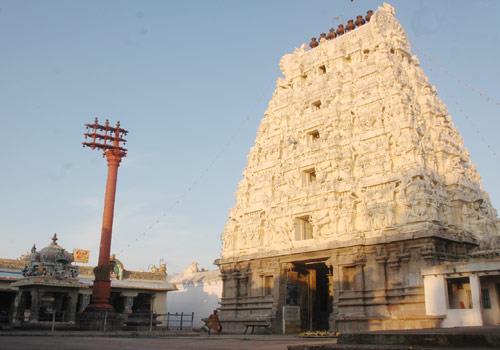 Arulmigu Atcheeswarar Temple has a long and rich history. This temple is related with Tripursura Samharam. Tripursura is the common name provided to the three asuras or demons, which were called as Kamlakshan, Vidyunmali and Tharakakshan. All these asuras were the sons of Tharakasura. They appeased Lord Brahma. Later, Lord Brahma was satisfied with their dedication and thus appeared before them. They prayed to the Lord to become immortals but Brahma did not have such power to accept their request. Subsequently, the asuras gave another proposal to Lord Brahma i.e. to have three forts - the first made of Gold, the second made of silver and the third made of iron.

Furthermore, they demanded the all these three forts were to be built in separate worlds and should merge only once in 1000 years. When they combine, these forts would be called Tripura and if anyone could demolish these forts in a single arrow, that would mean the demise for the three demons. Lord Brahma accepted their proposal and then the golden fort was established in the heaven, the silver fort was built in the sky and the iron fort was situated on the earth.

With having such boon from the Lord Brahma, these asuras started tantalizing everyone and consequently, the Demigods went towards Lord Shiva and requested him to save their life from the Tripurasuras. Lord Shiva agreed their request and went out to kill the three asuras - Vidyunmali, Kamlakshan and Tharakakshan. Meanwhile, the Lord Shiva did not pray to Lord Ganesha before going out for the mission and soon his chariot broke into two pieces. Later, he realized his mistake and prayed to Lord Ganesha. Since then the name of this village has derived its name from the legend as ‘achchu’ means the axle broke into two pieces and accordingly, it got the name of Achirupakkam, presently known Acharapakkam.

Lord Shiva was successfully killed all three asuras by using sky as the roof, Surya and Chandra as wheel, ground as base, four Vedas as horses, Merumalai as the bow, vasuki as the string and using himself as the arrow. 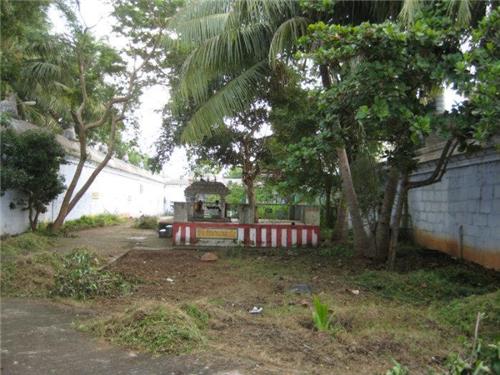 Sri Atcheeswarar Temple has two reigning deities and they are known as Emai Atcheeswarar and Umai Atcheeswarar. These deities are presented in separate sannadhis or shrine sanctorum - Ilangili Ammai and Umayambigai. Lord Shiva here is a Swayambumurthi. Furthermore, Saint Gnanasambandar has honored this divine place in his Thevaram hymns while Saivite Saint Tirunavukkarasar describes this temple in Kshetra Kovai hymns. Meditation Nandhi is located in front of Umai Atcheeswarar shrine and the demons, Tharakakshan and Vidyunmali who were destroyed by Lord Shiva, are the Dwarapalakas of Arulmigu Atcheeswarar Temple.

In the months of April and May, 10 day Chithirai Brahmmotsavam is organized every year in the temple during which special pujas are conducted on new moon and full moon days. The devotees, who come at this temple for prayer, use to perform special abhishek pujas to Lord Shiva by presenting vastras or clothes. In some old literature, Sri Atcheeswarar Temple is also known as ‘Achu Iru Bagam’.


How to Reach at Sri Atcheeswarar Temple

The Arulmigu Atcheeswarar Temple, is well-connected to other areas of Kanchipuram district and to the main cities of Tamil Nadu state. This village is nestled on the National Highway (NH) 45, which is around 96 kms away from Chennai, the state capital and 28 kms away from Tindivanam.  This place can also be accessed via rail route as the Melmaruvattur Railway station is quite nearer, which has rail connectivity to Chennai.

Explore more about About Acharapakkam

Are you a Business Owner?

Add the products or services you offer